1 Faculty of Civil Engineering and Geosciences, Delft University of Technology

A flow slide occurs when a large, subaqueous soil mass is destabilized and accelerates down slope, then eventually redeposits as a milder slope. This phenomenon poses severe risk for subaqueous structures and flood defenses along coastlines and riverbanks, which is able to undermine an entire hydraulic structure, resulting in significant unwanted consequences.

Breaching is a gradual, retrogressive failure of a steep subaqueous slope, greater than the angle of repose. This type of failure usually takes place in densely-packed sand due to its dilative behaviour under shear. Breaching flow slides are accompanied by the generation of turbidity currents. This current is driven by excess density versus the ambient fluid; it may increase erosion of the sand surface, picking up more sediment into suspension, thereby increasing speed and erosion potential.

Measurements of breaching-generated turbidity currents are substantial for understanding the interaction between the turbidity current and the slope surface, and validation of numerical models. However, such measurements are scarce in the literature. Therefore, laboratory experiments are planned to be conducted in the water lab of Delft University of Technology. 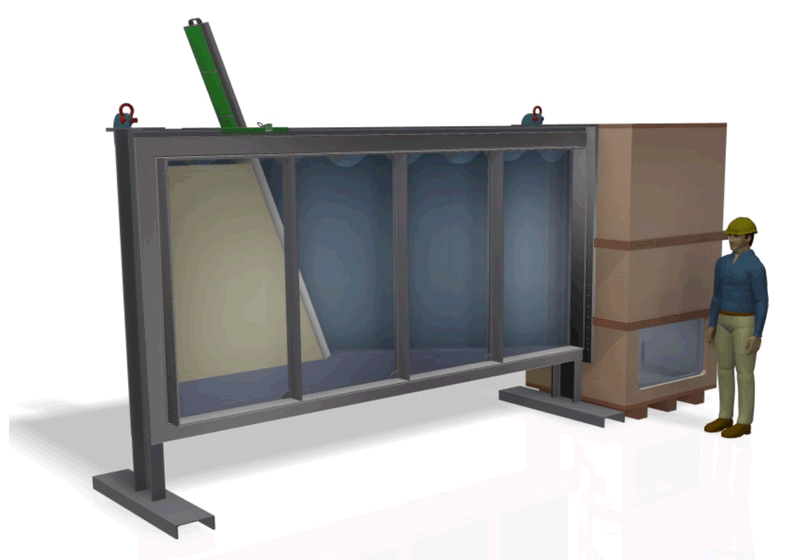 The experimental setup has been recently constructed. As yet, two preliminary experiments have been conducted to check the functionality of the setup. The preliminary results and observations show that the sand erosion rate increases in the downstream direction of the slope due to acceleration of the turbidity current. We will conduct a series of experiments with different slope angles in the near future. We plan to obtain velocity and concentration measurements of turbidity currents to understand the coupling of the breaching process and the associated turbidity current.