As sea level continues to rise and intense storms become more frequent across the globe, coastal populations have begun to implement various defense mechanisms to protect major population areas and valuable infrastructure. Over the last decade the Netherlands has pioneered nature-based flood defense mechanisms, such as sandy foreshores, as an alternative to traditional hard structures, such as sea walls and breakwaters. These methods are widely thought to be more effective and cheaper as they can adapt to changing climactic conditions. However, this strategy requires additional validation before it can be relied upon in lakes, since studies of hydrodynamics and morphology in these systems lag behind that of high-energy ocean coasts. As a result, a pilot project has been implemented at the Houtribdijk. The pilot sandy foreshore was placed in front of the dike to study its effect on reducing wave heights approaching the dike from the Markermeer side. This study looks at coastal profiles in the Markermeer and the IJsselmeer which are analogous to the Houtribdijk pilot foreshore to better understand the sediment transport processes influencing profiles in low-energy, non-tidal locations.

To determine the impact of hydrodynamic conditions on the beach profile, we measured beach profiles of 11 sites in December 2018 (for example see Figure 1). Four of these sites, located in the Markermeer, were measured previously in 2005 for a master thesis project (Van der Weij, 2005). In the spring, we will revisit all 11 sites to compare seasonal changes in beach profile. The 4 sites also studied by Van der Weij (2005) will be further analyzed for changes on a decadal time scale. Additionally, sediment samples were taken at each location for a better understanding of the influence of sediment properties on beach profile.

Preliminary results at the study sites show that wind and storms create steep slopes and rotate the exposed beach while the underwater platform remains relatively stable, a phenomenon also seen at the pilot project. This indicates that wind and wave direction strongly influence beach long-shore and cross-shore profiles. Sediment type also likely plays a role in the profile form based on the fall velocity of the sediment present at each site. Ultimately, this research aims to inform future nature-based design so that it can be effectively implemented throughout the Netherlands and vulnerable coastal areas around the world. 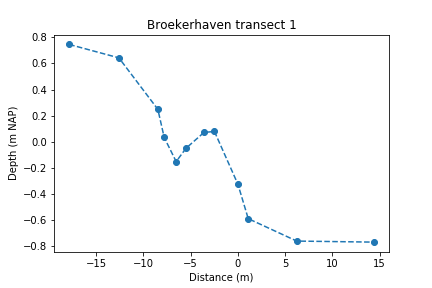 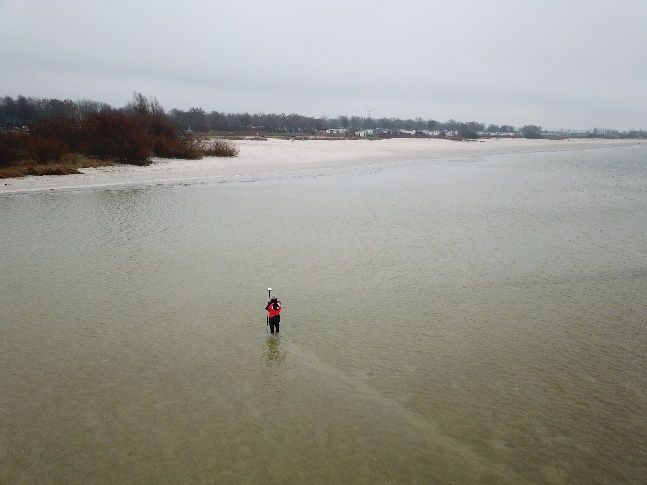