2 Shore Monitoring & Research, This email address is being protected from spambots. You need JavaScript enabled to view it.

3 Deltares, This email address is being protected from spambots. You need JavaScript enabled to view it.

During the winters of 2017/2018 and 2018/2019 we deployed 7 pressure sensors spaced 250 m apart, along a 1.5-km stretch of beach on the Dutch coast (Egmond aan Zee). All sensors were located above the high tide water level, each at different elevation levels (maximum 1 m difference). We monitored marine forecasts for approaching storms, and deployed 7 additional pressure sensors 40 m seaward of each initial pressure sensor before the storm surge arrived. During the study period the sensors were submerged several times during storm surges of 1-2 m. Full bathymetric (sonar-equipped jetski) and topographic (mobile laser scanner) surveys were done before and after the storms.

The bed level measurements show a distinct alongshore variability in morphological response to storms across the entire bar-beach dune system. At the meeting we will present our wave data analysis obtained during storm surges and aim to discuss our measurement strategy. 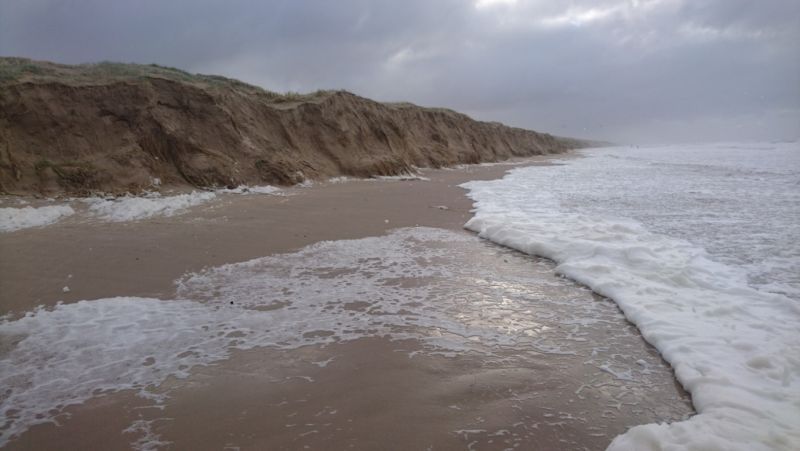