1 Institute for Environmental Studies (IVM), VU University Amsterdam, *This email address is being protected from spambots. You need JavaScript enabled to view it.

Flood insurance is one of the main ways to cope with flood risk as a household in the U.S. Since 1968 the National Flood Insurance Program (NFIP) provides government-guaranteed flood insurance to homeowners and businesses in the United States, holding over 5 million policies-in-force and covering $1.2 trillion in assets by 2015 (FEMA, 2019). However, with major insurance claims after Hurricane Katrina and other catastrophic flood events since 2005, the NFIP was driven into debt, up to $30.4 billion in 2017 (Miller et al., 2019). In November 2017 the 21st Century Flood Reform Act was passed by the House of Representatives, to reauthorize the NFIP until 2022 and introduces several reform changes, including opening the market for private insurers and re-insuring coverage. However, the NFIP unsuccessfully tried to reform the program in 2012 but had to revert the changes in 2014 due to large affordability issues and political stress (Michel-Kerjan et al., 2014). It is therefore essential to include human dynamics and decision making in the assessment and evaluation of potential reforms.

Our results show that risk-based premiums improve insurance penetration rates and affordability of insurance compared to the baseline NFIP scenario. A premium discount for disaster risk reduction does incentivize more homeowners to invest in dry-floodproof measures but does not seem to increase overall affordability. An accessible loan structure with a 4% interest and length of 20 years improves the uptake and affordability of dry-floodproof measures significantly. 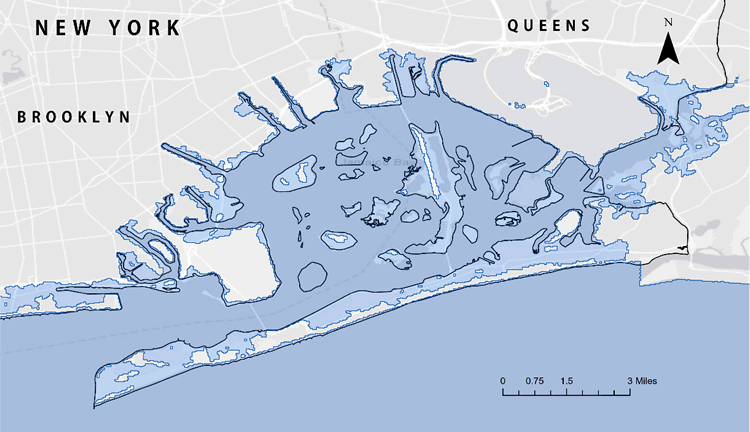