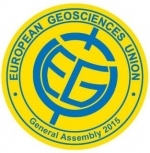 As part of the Ocean Sciences Programme, Session Group OS2: Coastal Oceans, Semi-enclosed and Marginal Seas, we are organising the Open session on Coastal and Shelf Seas (OS2.1).

This session will include solicited speakers, oral and poster presentations.

Contributions are invited on innovative observational, theoretical and modelling studies concerning physical processes in coastal and shelf seas. Processes can include hydrodynamics (e.g., waves, tides, currents and Stokes drift, upwelling, eddies, density structures), transport of material (e.g., sediments, contaminants, litter, nutrients), and morphodynamics (e.g., evolution of bed forms, banks or basin shape). Study areas are envisaged between the base of the shelf break and the seaward limit of the surf zone.

A subsession is envisaged on the Baltic Sea, with emphasis on the Baltic Earth programme, focusing on sealevel variability, salinity dynamics and water budget, biogeochemical feedbacks, extreme events and anthropogenically induced changes. In addition to the above, this session will consider coastal and shelf seas related abstracts that do not fit into the more specialist sessions

Abstract submission deadline is January 7, 2015, 13:00 CET by electronic submission only through the meeting website.
The deadline for applications for Financial Support is November 28, 2014.

Full details on the 2015 EGU General Assembly can be found at www.egu2015.eu and http://meetingorganizer.copernicus.org/EGU2015/sessionprogramme