The lustrum edition of the NCK Days has been a great succes! We would like to thank and compliment Wageningen Marine Research for the very smooth organization. Also many thanks and compliments to all contributors, for putting in the effort to share their work in presentations and posters. Scroll down to see the winners of this year's awards for best poster, best presentation and best photos.

If you have missed a presentation, did not see all posters, or simply would want to re-read the info: the book of abstracts has been published on the repository of WUR. Simply follow this link to download the BoA.

You can also view all the photos that were made during the NCK Days, by following this link.

Impression of the NCK Days 2017 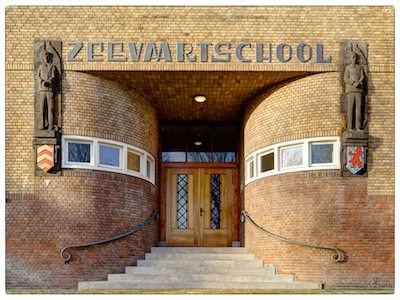 The NCK days 2017 were a successful lustrum edition. The conference was opened by the commander of the Royal Netherlands Naval College, Peter van den Berg, who addressed the inspirational co-operation amongst maritime partners in Den Helder. He pointed out that he observed somewhat less discipline of the participants of the NCK days compared to the students he normally sees. Tammo Bult, director of Wageningen Marine Research, showed that the foundation for marine ecology and oceanography was in fact laid by the explorations of the navy.

Following the opening, and inspired by the observation of the commander, the rest of the programme was run with a military discipline and precision. The keynote speaker of the first day was Aart Kroon, who linked geology with morphodynamics, hydrodynamics and ecology in the setting of a barrier island and lagoon in Southern Denmark. The programme continued with high quality presentations on mud, sand nourishments and biogeomorphology in salt marshes. In the morning the traditional 1-minute poster pitches were held and these seemed to become better and better each year.

In the afternoon, the participants embarked on the TX44 for a boat tour in the Port of Den Helder, alongside Balgzand and to the seals resting on Razende Bol. Kees Turnhout, director of the Port of Den Helder, explained about the future plans of the port and the Building with Nature solutions that are sought for. A luxurious conference dinner in which we were served at our dinner table closed the first day.

The second day was opened by Mardik Leopold with a presentation “on something completely different”. He explained about five rather large particles that washed ashore on Texel; sperm whales. His research took us through the intestines and via oceanography and astronomy on hypotheses on why and how these magnificent creatures stranded. The second day was filled with excellent oral presentations on aeolian transport & storms and waves, observational techniques and estuaries & ebb-tidal deltas. A second astonishing 1-minute poster pitch session was held to complement the 46 posters that were presented. The conference closed with the announcement of the award winners, see next item.

The award for best presentation this year went to Gerben Hagenaars (photo below, on the left), for his presentation on 'The Accuracy of Coastline Dynamics Based on Sattelite Images'. The award for best poster went to Winnie de Winter (photo below, on the right) on 'The Spatial Variability of Wind Flow over a Bar-Beach-Foredune Morphology'. A special feature of this year's NCK Days was the NCK Photo Competition (see item below). The award winning photo was made by Quirijn Lodder (in the middle). 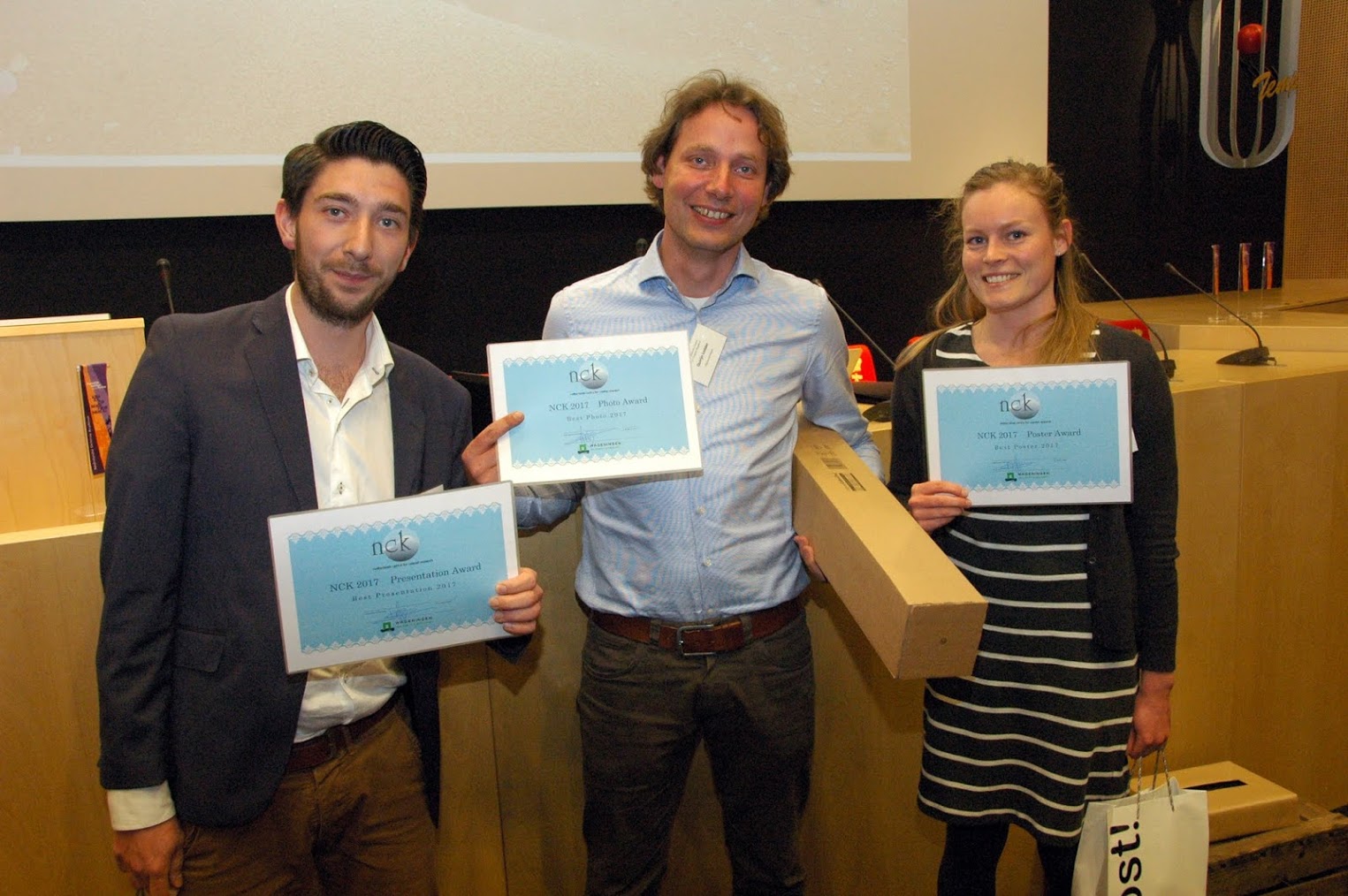 For this special lustrum edition, we organized a photo competition. Out of all the beautiful photos we have received, the jury selected three prize winning photos:

The jury is dazzled by this photo of a sand bridge on Ameland. The delusion of the perspective makes you wonder how big this phenomenon really is. The lighthouse in the background, the playfulness of the rounded shapes and the warm colours of the sand (which was in fact frozen), combined into an elegant composition and a prize winning photo! It was therefore also selected to feature on the cover of the Book of Abstracts of 2017. 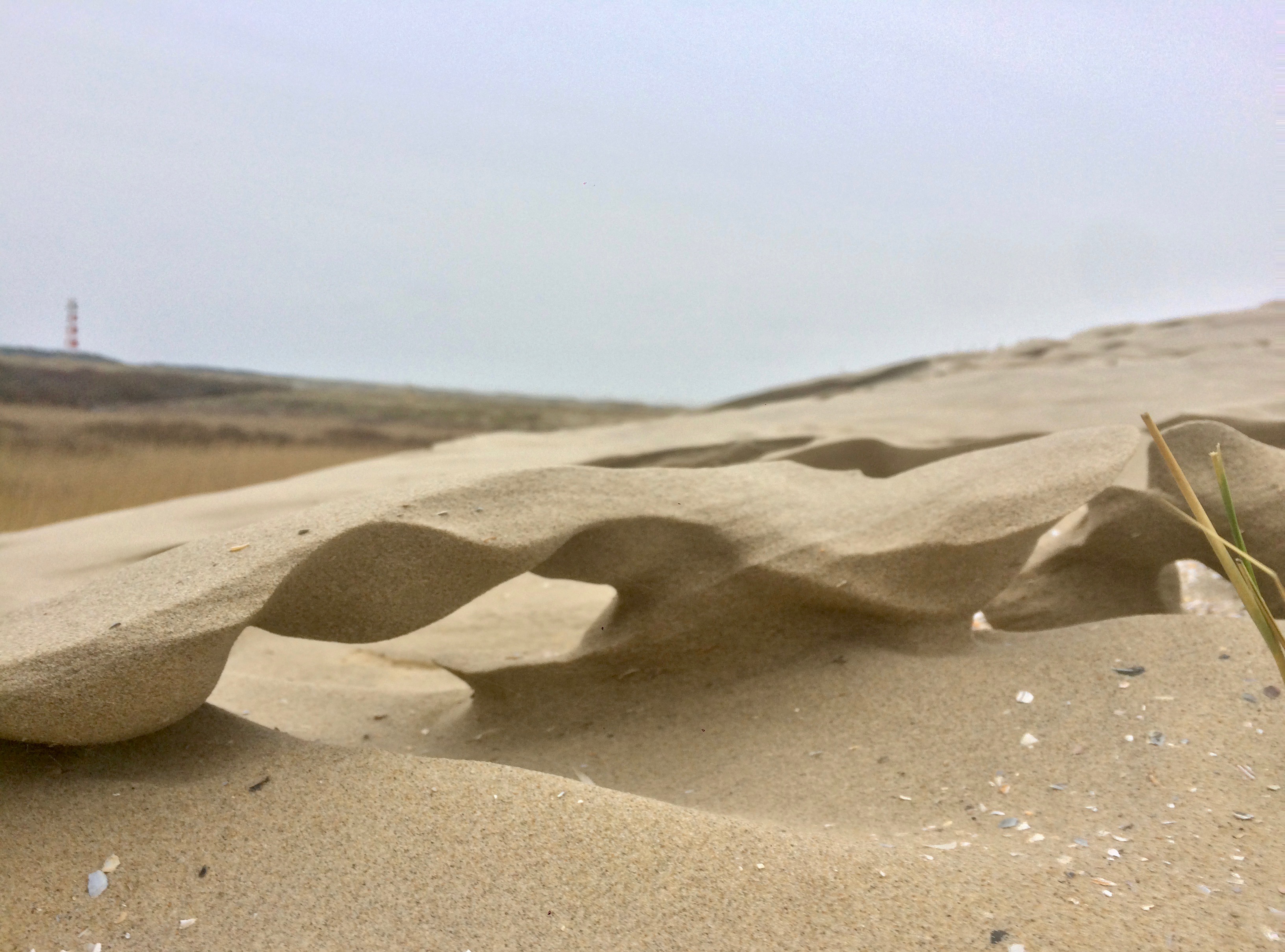 The jury is fascinated by the intricate details that show on this photo of the saltmarsh of Saeftinghe. Whether it’s the sand waves and ripples, the flow paths of the gullies and creeks, or the background details: the complexity in this photo keeps your attention. And it displays a message. It shows heavy industry in threatening dark clouds hanging over pristine paradise. 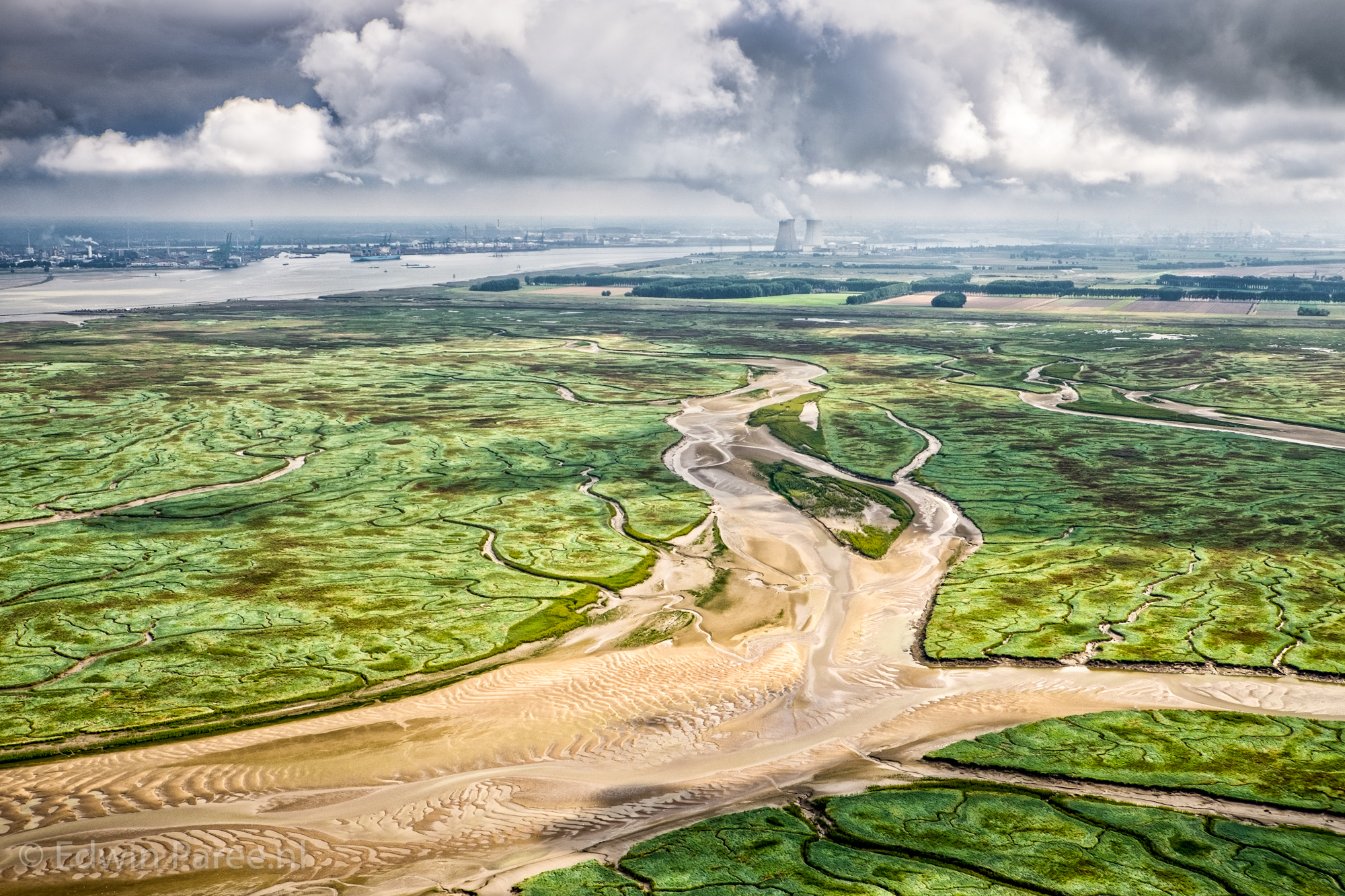 The jury is impressed by this photo of a magnificent rolling wave showing vibrant green-blue colours of tropical ocean water. The composition and lighting of this photo is excellent since the dark background is not distracting the attention of the eye to the splashing foreground. 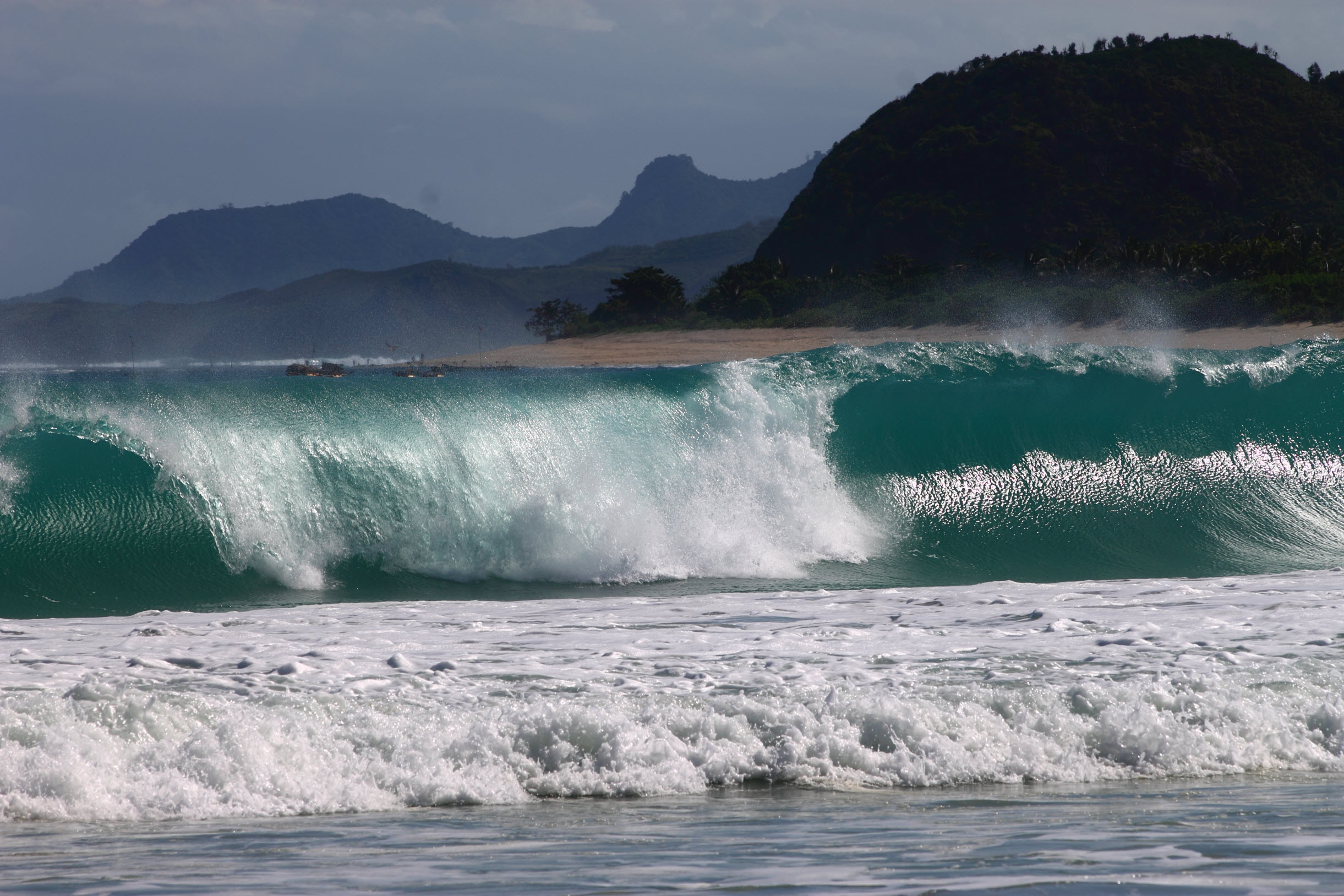