1 Delft University of Technology, *This email address is being protected from spambots. You need JavaScript enabled to view it.

Tropical shallow bays in the Caribbean, like Orient Bay and Galion Bay in Saint Martin, are often sheltered by coral reefs and covered with seagrass meadows. The ecosystems are linked through biological, chemical and physical processes. They provide valuable services such as habitat for many animals, tourism and coastal protection. But the system is threatened by climate change. Due to rising water temperatures and ocean acidification, coral reefs are not likely to keep up with sea-level rise. This will lead to a change in hydrodynamics, which might affect again the seagrass. This study focuses on how the change in hydrodynamics will impact the system. Due to the interdependency, the response of one of the elements might lead to a collapse of the entire system and the resulting loss of services. Shown is how the ecosystems stabilize the system and mitigate the impact of sea-level rise.

Within D-Flow FM a 2D depth-averaged hydrodynamic model has been set up for Orient Bay and Galion Bay, Saint Martin. The model is forced with the tide and average wind- and wave-conditions and includes vegetation. Using this model, the change in hydrodynamics due to 0.87 m sea-level rise is calculated. The dominant forcing is identified and the impact is related to the response of coral reefs to climate change. Next, the change in seagrass distribution is predicted using a statistical analysis. In this way it will be shown that ecosystems are able to mitigate the impact of sea-level rise. 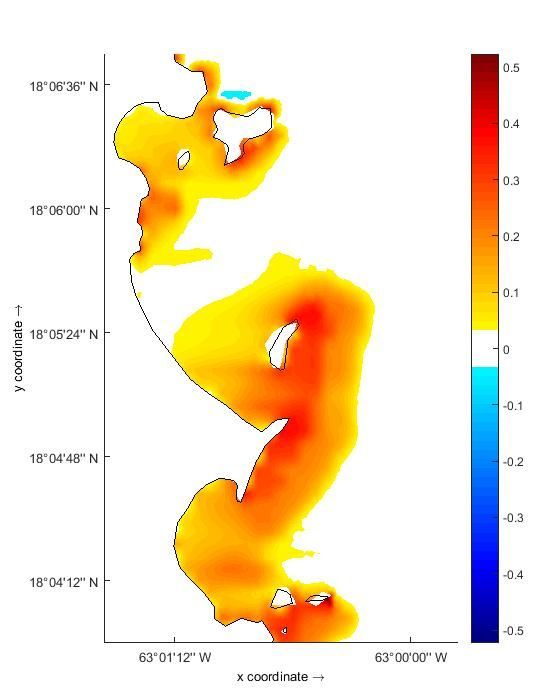 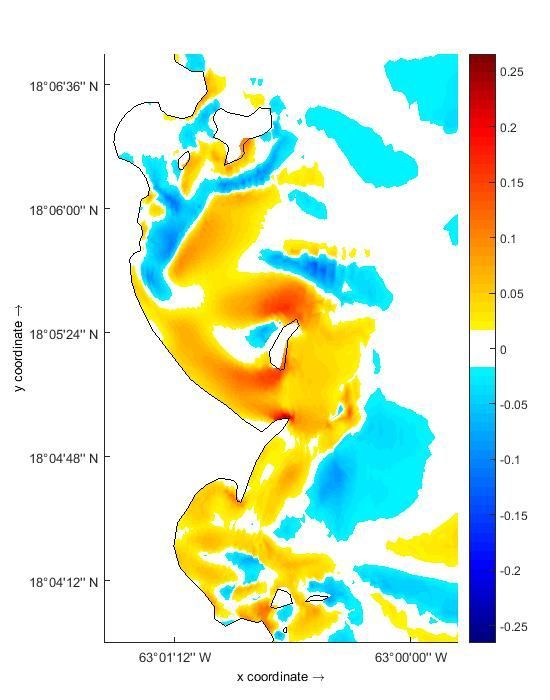 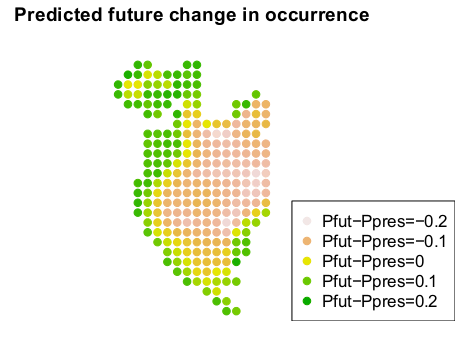