1 Deltares
2 Utrecht University
3 Delft University of Technology
4 Rijkswaterstaat
*This email address is being protected from spambots. You need JavaScript enabled to view it.

For optimal policy and management of the Wadden Sea, a numerical model is being developed that reproduces the characteristic properties of the mud dynamics in the system. The model has recently been applied to investigate the effect of different dredge disposal scenarios on silt concentrations in the Wadden Sea near Holwerd, which is the starting point of a ferry connection between the main land and the Ameland Wadden Island. The Holwerd-Ameland ferry connection has been in the public eye for years, because of the frequent delays of ferries and the sharp increase in maintenance dredging and high silt concentrations in the navigation channel (Figure 1).

First, the numerical model was calibrated such that it accurately reproduces measured concentrations of suspended particle matter (SPM) at twelve permanent measurement stations in the Dutch Wadden Sea. In a second calibration phase, model parameters were locally adjusted to reproduce observed sediment dynamics and siltation rates near the ferry terminal of Holwerd. The effects of dredging and disposal are quantified by comparing multiple model simulations, in which the dredging and disposal are switched on and off. In the current disposal strategy, part of the dredged sediment is released locally, and part is being brought to disposal sites. Model simulations with different disposal strategies reveal opportunities to optimize the dredge-disposal strategy.

Model results suggest a negative feedback between dredging in the navigation channel and silt concentrations near Holwerd, because dredging reduces the availability of sediment for resuspension. On the other hand, the current disposal strategy leads to increased silt concentrations near Holwerd. Also, disposal increases the dredging volumes, since part of the disposed sediment redeposits in the navigation channel within several tidal periods. 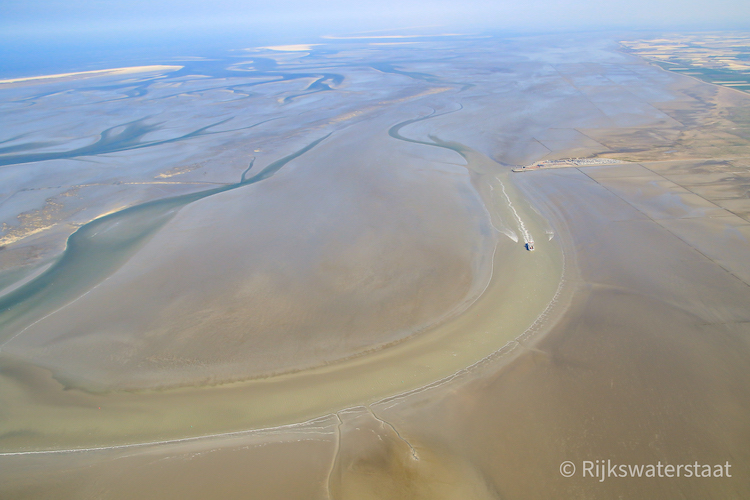 Figure 1: Aerial photo of the southern part of the Holwerd-Ameland ferry connection near Holwerd, with brown coloured water indicating high turbidity in the navigation channel.